Home » Did You Know ? » PAN Aadhaar linking: Here's why your PAN card will be useless if not linked with Aadhaar before March 31

PAN Aadhaar linking: Here's why your PAN card will be useless if not linked with Aadhaar before March 31

PAN Aadhaar linking: Here's why your PAN card will be useless if not linked with Aadhaar before March 31

Issued by the Income Tax Department under the supervision of the Central Board for Direct Taxes (CBDT), PAN card is one of the most important documents in India. It serves as important ID proof and its main purpose is to bring a universal identification to all financial transactions to prevent tax evasion.
It may be noted that the Income Tax department has made Aadhaar-PAN linking mandatory for PAN holders who are required to file ITR. March 31, 2019, is the last date for PAN holders to link their PAN card with Aadhaar card. If you fail to link your PAN with Aadhaar, your PAN card might become invalid.
PAN card, being one of the most important documents, is essential to file income tax. However, your PAN card could be of no use if you fail to follow the Supreme Court's 2018 order, which makes it mandatory to link Aadhaar with PAN Card. The government has set March 31 as the deadline to link Aadhaar with PAN. To avoid disconnection of PAN or face problem in filing the income tax, the government has asked every PAN card holder to link it with Aadhaar before March 31, 2019.
Earlier, Central Board of Direct Taxes (CBDT) Chairman Sushil Chandra said the Income Tax department had so far issued 42 crore PAN cards, of which 23 crore had been linked with Aadhaar. "By linking with Aadhaar, we will know whether there are any duplicate PAN or not. And there are certain duplicate PANs... If it is not linked, we may cancel the PAN also," Chandra added.
The Supreme Court in September last year, while declaring the Aadhaar scheme as constitutionally valid, had said Aadhaar was mandatory to file I-T returns and issuance of PAN card. It also added Aadhaar was not necessarily required to open bank accounts and buy a mobile phone connection.
Also read: I-T dept moots doing away with mandatory quoting of father's name in PAN application
The linking of Aadhaar with PAN, which in turn is linked with a bank account, will also help the Income Tax Department to unearth tax frauds. The Aadhaar-PAN linking will also ensure the benefits of the government's welfare schemes are availed by eligible persons as many agencies are linked with Aadhaar.

How to link Aadhaar with PAN:
Log into the incometaxindiaefiling.gov.in
Click on 'Linking Aadhaar'. Another window should open, prompting you to link your PAN card with Aadhaar card
Confirm information such as name, date of birth and gender with the details on your Aadhaar card
Submit Aadhaar card number and enter the captcha code 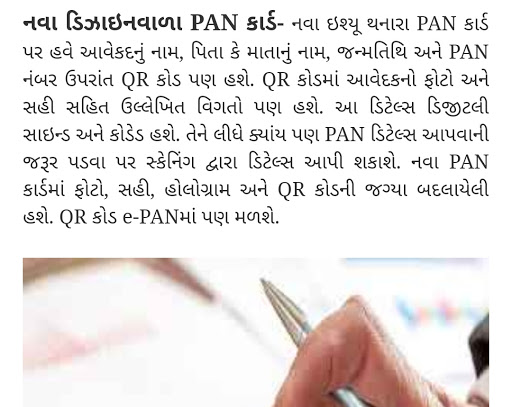 Click on the 'Link Aadhaar'
A success message should show once it is linked
The Government had closed or put 11.44 lakh PAN cards in the inactive category last year. After the deadline of March 31, if you fail to link your PAN with Aadhaar, this may happen to your PAN card as well. Under Section 139AA of the Income Tax Act, your PAN will be considered invalid if it is not linked to Aadhaar by March 31.

Worth mentioning here is that the Income Tax Department will be issuing e-refunds from March 1, 2019, onwards in the bank accounts of only those individuals who have linked their respective bank account number with the Permanent Account Number (PAN) cards.