Prime Minister Shri Narendra Modi, in his Independence Day speech of 2018, announced the launch of the Ayushman Bharat-National Health Protection Scheme(AB-NHPS). He said that the national health insurance scheme will be rolled out on a pilot basis in some states. The full-scale roll-out of the project is expected to be in September end.

According to the various government websites, here is a look at what the health insurance scheme is all about. 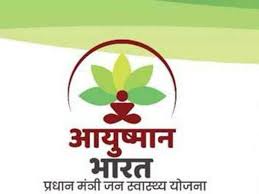 Who is the AB-NHPS aimed at?

The scheme is targeted at poor, deprived rural families and identified occupational category of urban workers' families. So, if we were to go by the Socio-Economic Caste Census (SECC) 2011 data, 8.03 crore families in rural and 2.33 crore in urban areas will be entitled to be covered under these scheme, i.e., it will cover around 50 crore people.

Who all are covered?

To ensure that nobody is left out (especially women, children and the elderly), there will be no cap on the family size and age under the AB-NHPS. The scheme will be cashless and paperless at public hospitals and empanelled private hospitals.

How will the entitlement be decided?

AB-NHPM will be an entitlement based scheme where it will be decided on the basis of deprivation criteria in the SECC database. The beneficiaries are identified based on the deprivation categories (D1, D2, D3, D4, D5, and D7) identified under the SECC database for rural areas. For the urban areas, the 11 occupational criteria will determine entitlement. In addition, Rashtriya Swasthya Bima Yojna (RSBY) beneficiaries in states where it is active are also included. 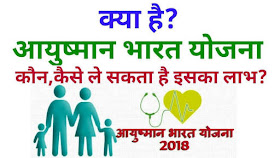 Each empanelled hospital will have an 'Ayushman Mitra' to assist patients and will coordinate with beneficiaries and the hospital. They will run a help desk, check documents to verify the eligibility, and enrolment to the scheme.

Also, all the beneficiaries will be given letters having QR codes which will be scanned and a demographic authentication will be conducted for identification and to verify his or her eligibility to avail the benefits of the scheme.

What are the inclusions?

AB-NHPM will cover medical and hospitalisation expenses for almost all secondary care and most of tertiary care procedures. The health ministry has included 1,354 packages in the scheme under which treatment for coronary bypass, knee replacements and stenting among others would be provided at 15-20 per cent cheaper rates than the Central Government Health Scheme (CGHS).

What is the eligibility criteria for a beneficiary?

There is no enrolment process in AB-NHPM as it is an entitlement-based mission. Families who are identified by the government on the basis of deprivation and occupational criteria using the SECC database, both in rural and urban areas, are entitled for AB-NHPM. Currently the database is based on census for the year 2011.

A list of eligible families has been shared with the respective state governments as well as state level departments like the ANMs, BMO, and BDOs of relevant areas. A dedicated AB-NHPM family identification number will be allotted to eligible families. Only families whose name is on the list are entitled for the benefits of AB-NHPM.

Additionally, families with an active RSBY cards as of 28 February 2018 will covered. No additional new families can be added under AB-NHPM. However, names of additional family members can be added for those families whose names are already on the SECC list.

Vidhva sahay certificate mate nu form No.86 Download in Pdf
The official website of AB-NHPM is www.abnhpm.gov.in . One may visit the site to view and download the beneficiary eligibility and empanelled hospitals list as and when it gets updated.

Hospital eligibilityServices under the scheme can be availed at all public hospitals and empaneled private health care facilities. Also, the basic empanelment criteria allows empanelment of a hospital with a minimum of 10 beds, with the flexibility provided to states to further relax this if required. Empanelment of the hospitals under AB-NHPM will be conducted through an online portal by the state government. Information about empaneled hospitals will be made available through different means such as government websites and mobile apps. Beneficiaries can also call the helpline number at 14555.

To control costs, the payments for treatment will be done on package rate (to be defined by the Government in advance) basis. However, hospitals with NABH/NQAS accreditation can be incentivised for higher package rates subject to procedure and costing guidelines.